Advantages of what exercise can do for you besides weightloss & fitness 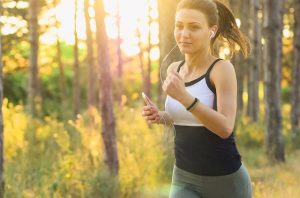 Most people think of weight loss or fitness when you talk about exercise. And most people don’t stop to think about the other advantages exercise provides.

I remember leaving the gym in the morning with the best feeling ever. And it had nothing to do with losing weight, strength training or even being more physically fit. It was the “on top of the world” feeling that I would receive after every workout.
The “On top of the world” feeling is actually the result of a hormone that had been released during the work out. It was better than coffee. It was better than drugs. And it kept me going for hours.

It’s called endorphins and they are an endogenous opioid neuropeptides and peptide hormones made by your body. Yes, that’s right. It’s your own self made morphine drug that you never have to worry about overdosing with. BONUS!

What do Endorphins do?

Well we all know what that is just by knowing that it is like a morphine drug. It obviously boosts pleasure. And that was exactly the feeling that I craved. Even if I had that lactic acid pain build up in my muscles, I really didn’t care. That lactic acid build up was short lived and the endorphins became with some of the best stuff even money couldn’t buy!

Honestly, other than pain medication I was given for child birth, surgery or migraines, I really don’t have a lot of experience with drugs. But after experiencing the side effects of those given to me in those situations, I realize that nothing compared to the release of endorphins after a workout. And the best part was that my mind was completely clear.

Here are 10 things exercise does for you and it is mostly due to endorphins.

Not an exercising person?

I am going to suggest you try. Even when I have been laid up due to an injury I have been trying some form of exercise. In the beginning it doesn’t have to be large. In fact, just trying a few minute is a good start.

Here are some ideas to get started;

These are a few ideas to try. Even starting some of these in a low volume, you will begin to notice changes in your emotions after a few weeks.