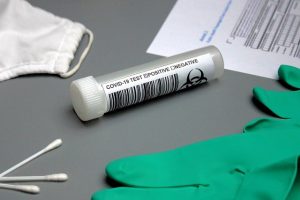 The PCR test has been around for 35 years but it probably hasn’t entered into everyday language until this past year – 2020 – with the onset of Covid 19. It is the test that was wildly utilized to test the population for their active infection status for Covid 19.

But what really is the PCR test? What is it normally used for? And what is it’s limitations? Why should we be skeptical about the findings of this test?

The PCR test, or the Polymerase Chain Reaction test, has been used in many applications over the years. From HIV monitoring to genetic testing, the basics of the PCR is to amplifies DNA by incubating and copying it until it is at a level testable using enzymes and applicable reagents. The key element in this procedure is “amplification.” Learn more about this test here.

In Covid 19 testing, The virus uses RNA. But the test uses DNA. So that presents a problem. In the Covid 19 PCR test, an enzyme converts the RNA to DNA thus allowing them to make millions of copies of that DNA and amplifying to a detectable level. Here is a basic principle of the Covid 19 PCR test.

There are a lot of problems associated with the PCR test. Some of these problems include false negatives, false positives, or sustained positives for up to 90 days post infection.

Because of these issues, the PCR test was never designed to be a mass population test. However, government and institutional medicine have used the PCR to push their agenda forward.

Dr. Cowan does a good job in this short video in shedding light on how these false results occur. He eludes to the end how this test can be used to manipulate data and forward an agenda through the test.

Questions have been raised about the amount of amplification done in these tests. And whether people with no symtoms should actually be tested. As you watched in that video, the amplification can be turned up to the point where 100% of the population is positive. So the question of whether we should really believe these results presents itself.

Dr. Buttar referrs to this amplification when he reads from a leaked article about how Canada makes plans to force vaccination on it’s citizens. Some say this article he is reading is a hoax but to date everything has come into play in this video which was produced in October 2020. Some how, the Canadian government already knows that 100% of the population is going to be positive and that there will be a new virus called Covid 21 making it’s way into the world. Listen to this video below.

In the following article, Dr. Roger Hodkinson is referred to in talking about not only how current practices being forced upon us are useless, but he talks about how positive PCR tests for Covid 19 do not indicate an actual clinical infection. This information has been wildly discourage from circulation on Big Tech platforms due to the slap in the face it makes to the vaccine industry.

Read what Dr. Roger Hodkinson has to say here.

The other problem people are facing with the Covid 19 PCR test is they are remaining positive for up to 90 days post infection. This is probably the nature of the test as the RNA they are testing for does not necessarily purge from your body the minute the infection is over. The natural RNA will shed for weeks after. That doesn’t mean you are infectious. It just means that you have been positive at one time. The questions also presents itself in that could this be a results of increased amplification beyond the recommended 34-36 or not.

Well we all know that is nonsense. We do know that this is a disease where the survival rate is more than 99.98% if you are a health human being. And we do know that Covid symptoms vary even in healthy individuals. But so do flu symtoms. We also know that children seem to be less affected by the virus than those 40 and up.

So why are authorities tooting information about increased asymtomatic carriers spreading the disease? Simply because the amplification has been increased so much that more people are testing positive than actual carriers of the true infection. No they are mostly likely not spreading the disease however, it doesn’t rule out that they haven’t come in contact with someone who was positive. Their immune system was able to fight it off.

Dr. Tom Jefferson discusses in this next article how Positive tests are lasting weeks after the infection has passed despite the individuals no longer being infectious.

Is there a better test for mass testing of Covid 19? Why yes there is. Since the PCR test cannot determine if the patient has an infections or had an infection in the past, there is a more acceptable test scientific-wise that can be used. The problem is that it does not do well with spreading fear and propaganda over this pretend pandemic.

This better associated test is called an antibody test. It is pretty much the same as testing a woman in her prenatal tests for rubella or varicella (chicken pox) among other tests. Once your body has had the infection, it produces antibodies and a memory to a virus. And an antibody or antibody titre test can indicate whether the body has that immunity. Therefore it makes it a better test in defining what portion of the population has been exposed.

It is interesting how the PCR test was available almost immediately for Covid testing yet the antibody test is taking months to make it into circulation. Infact, in Saskatchewan, they had to do validations on it compared to their PCR test last spring. Validations required that those who tested positive before were encouraged to get this antibody test several weeks after. Now that we know the limitations of the PCR test, I suspect that those validations were not as accurate as they were hoping they would be. We haven’t heard a lot about it in recent months.

Big Tech has been censoring information like this for the last few years and more so since Covid 19 arrived. Why? Well it is simple. They have invested in vaccine companies like Moderna and Pfizer and don’t want the truth to cripple their investment. Therefore, they have been de-platforming those who speak truth.

Strangely new social media platforms are arising and giving a voice to solid peer review and truthful information. I have been starting to engage in these platforms and I invite you to follow me there to receive useful information I have collected. For a full list where you can find me, visit this Page